Why Digital Marketing is important for small business 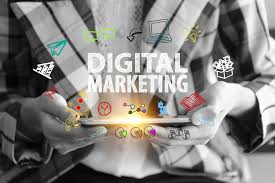 Online approach for marketing the products or in other words we can say it’s the simplest journey of reaching the customers. This would help you to be a better competitor. Social media, search engines are some of the sources of digital marketing. Nowadays the internet is the one medium that holds the major part of the happenings of the world, this is the key success of digital marketing. Digital marketing is all about associating with updating strategies that guide to a heavenly success.


Statistics say in India 25-30%  is the growth rate of digital marketing. As per the survey, our India will reach  500 million internet users by the year of 2018, then think about the 2019 end ratio. So digital marketing has massive growth in current upgrading fields. Doorstep selling, vocal branding have become the oldest way of marketing. Another survey says 83% of small scale companies believe digital marketing for their increase in revenue which results in company growth. 93% of online experience be…
Post a Comment
Read more

What is Artificial Intelligence (AI) ? Definition From Soft Loft Technologies